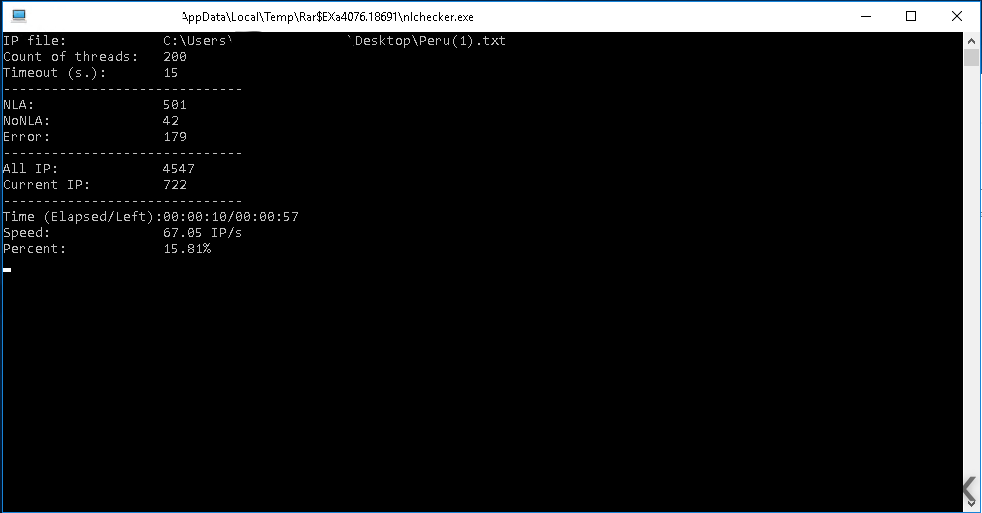 Remote Desktop Protocol (RDP) is a proprietary protocol developed by Microsoft which provides a user with a graphical interface to connect to another computer over a network connection. The user employs RDP client software for this purpose, while the other computer must run RDP server software. Here we have NLA Checker Original Version for you.

Starting a remote session on a device (for example, a server) requires many processes to run in the background, which can use up CPU resources on the remote device. This can be prevented by requiring the connecting user to authenticate themselves first. Any failed attempt made by an unauthorized user will prevent a connection from being established and, consequently, will not use the device’s CPU resources. Requiring user authentication before the remote session also offers a layer of defense against Denial of Service (DoS) attacks.

When a user attempts to establish a connection to a device with NLA enabled, NLA will delegate the user’s credentials from the client through a client-side Security Support Provider to the server for authentication before creating a session. Only once the user authentication is successful will the connection be established.